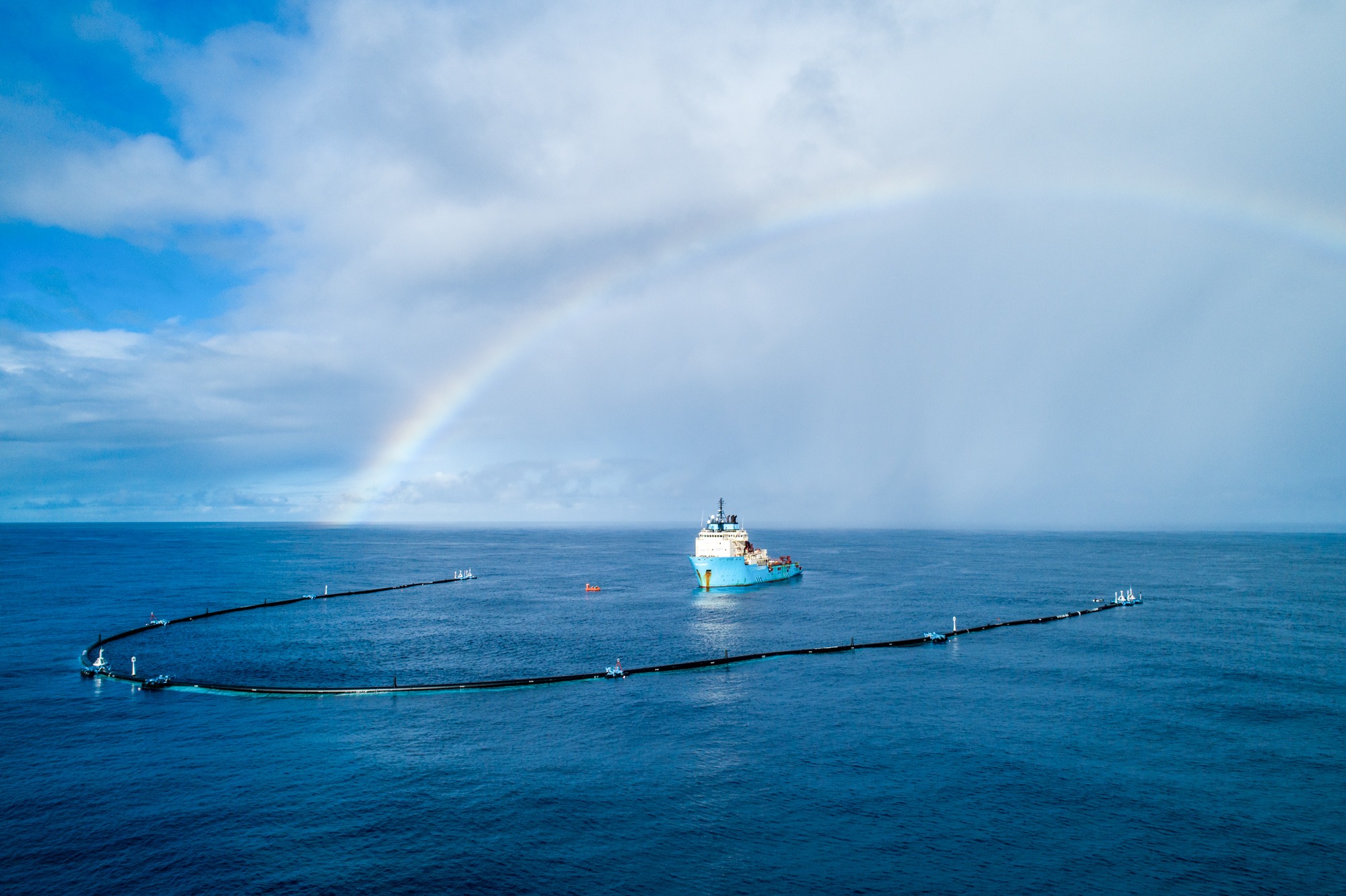 Dutch inventor Boyan Slat founded The Ocean Cleanup at age of 18 in his hometown of Delft, the Netherlands.

The Ocean Cleanup’s team consists of more than 80 engineers, researchers, scientists and computational modelers working daily to rid the world’s ocean of plastic

The headquarters are located in Rotterdam, the Netherlands. The assembly yard for the first cleanup system is in Alameda, San Francisco Bay Area, California. 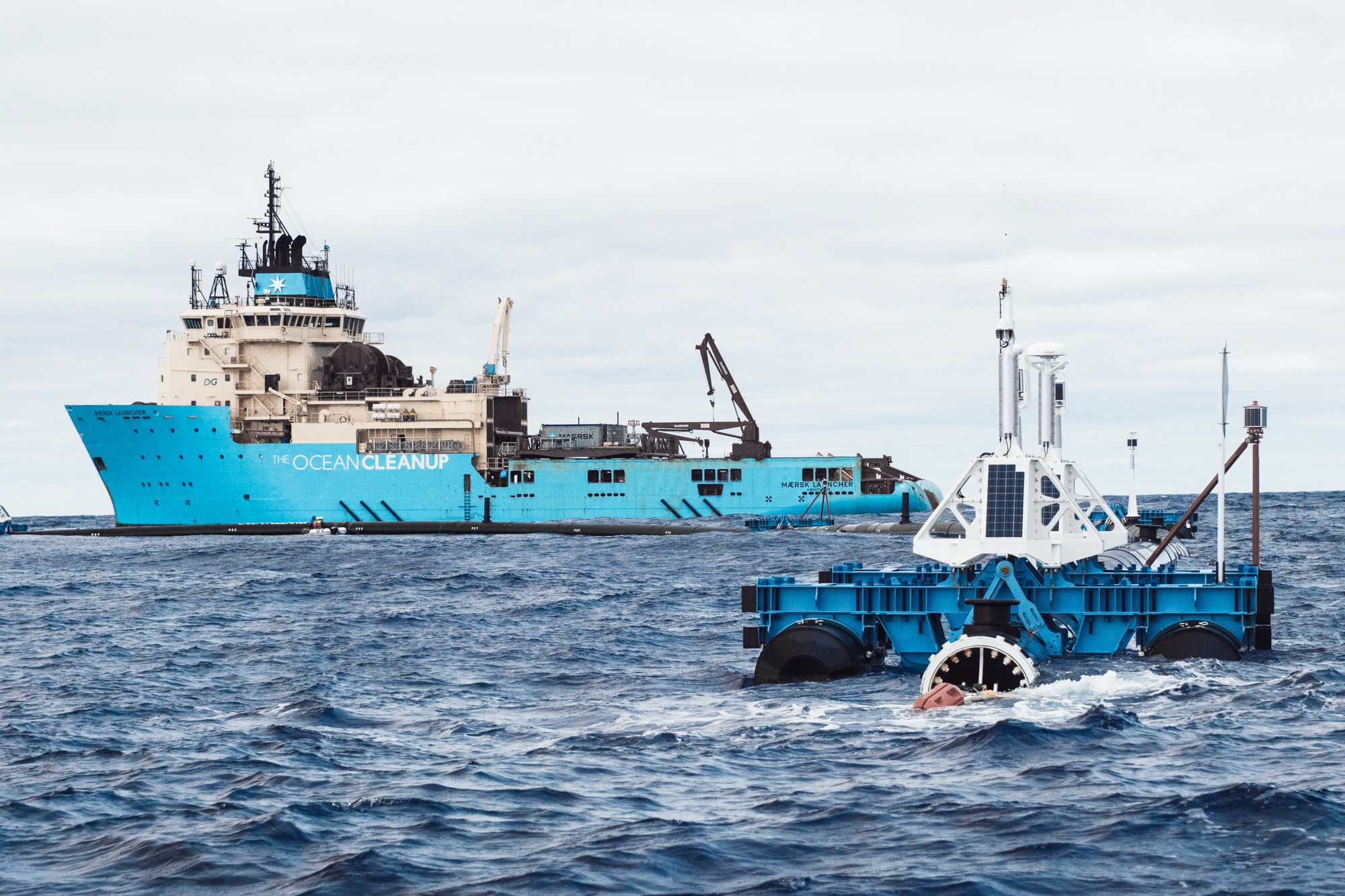 OVER 5 TRILLION PIECES OF PLASTIC CURRENTLY LITTER THE OCEAN

Trash accumulates in 5 ocean garbage patches, the largest one being the Great Pacific Garbage Patch, located between Hawaii and California. If left to circulate, the plastic will impact our ecosystems, health and economies.

Plastic in the patch has also been measured since the 1970’s and the calculations from subsequent years show that microplastic mass concentration is increasing exponentially – proving that the input of plastic in the patch is greater than the output. Unless sources are mitigated, this number will continue to rise. Solving it requires a combination of closing the source and cleaning up what has already accumulated in the ocean.

The Ocean Cleanup is a non-profit organization that develops advanced technologies to rid the world’s oceans of plastic. By utilizing the ocean currents to their advantage, a full-scale deployment of  the passive drifting systems are estimated to clean up half the Great Pacific Garbage Patch every 5 years.

Ocean currents concentrate plastic in five areas in the world: the subtropical gyres, also known as the world’s “ocean garbage patches”. Once in these patches, the plastic will not go away by itself. The challenge of cleaning up the gyres is the plastic pollution spreads across millions of square kilometers and travels in all directions. Covering this area using vessels and nets would take thousands of years and cost billions of dollars to complete.

WHERE MISMANAGED PLASTIC WASTE IS GENERATED AND POSSIBLE PATHS OF CHANGE

As they kick off 2019, the engineering team is working towards solutions to the challenges we face with System 001, while the research team remains focused on the study of oceanic plastic pollution. They believe that it is essential to understand the problem of ocean plastic pollution if we are to effectively solve it. Fortunately, the operations in the North Pacific have provided a great opportunity to conduct additional sampling to further the mission of the research.

The Ocean Cleanup, the Dutch non-profit organization launches the world’s first ocean cleanup system from the San Francisco Bay. The cleanup system (“System 001”) headed to a location 240 nautical miles offshore for a two-week trial before continuing its journey toward the Great Pacific Garbage Patch, 1,200 nautical miles offshore, to start the cleanup. System 001 was being towed from the San Francisco Bay by the vessel Maersk Launcher, which has been made available to the project by A.P. Moller-Maersk and DeepGreen.

1.8 trillion pieces of plastic weighing 80,000 metric tons are currently afloat in an area known as the Great Pacific Garbage Patch – and it is rapidly getting worse. These are the main conclusions of a three year mapping effort conducted by an international team of scientists affiliated with The Ocean Cleanup Foundation, six universities and an aerial sensor company. Their findings were published in the journal Scientific Reports. 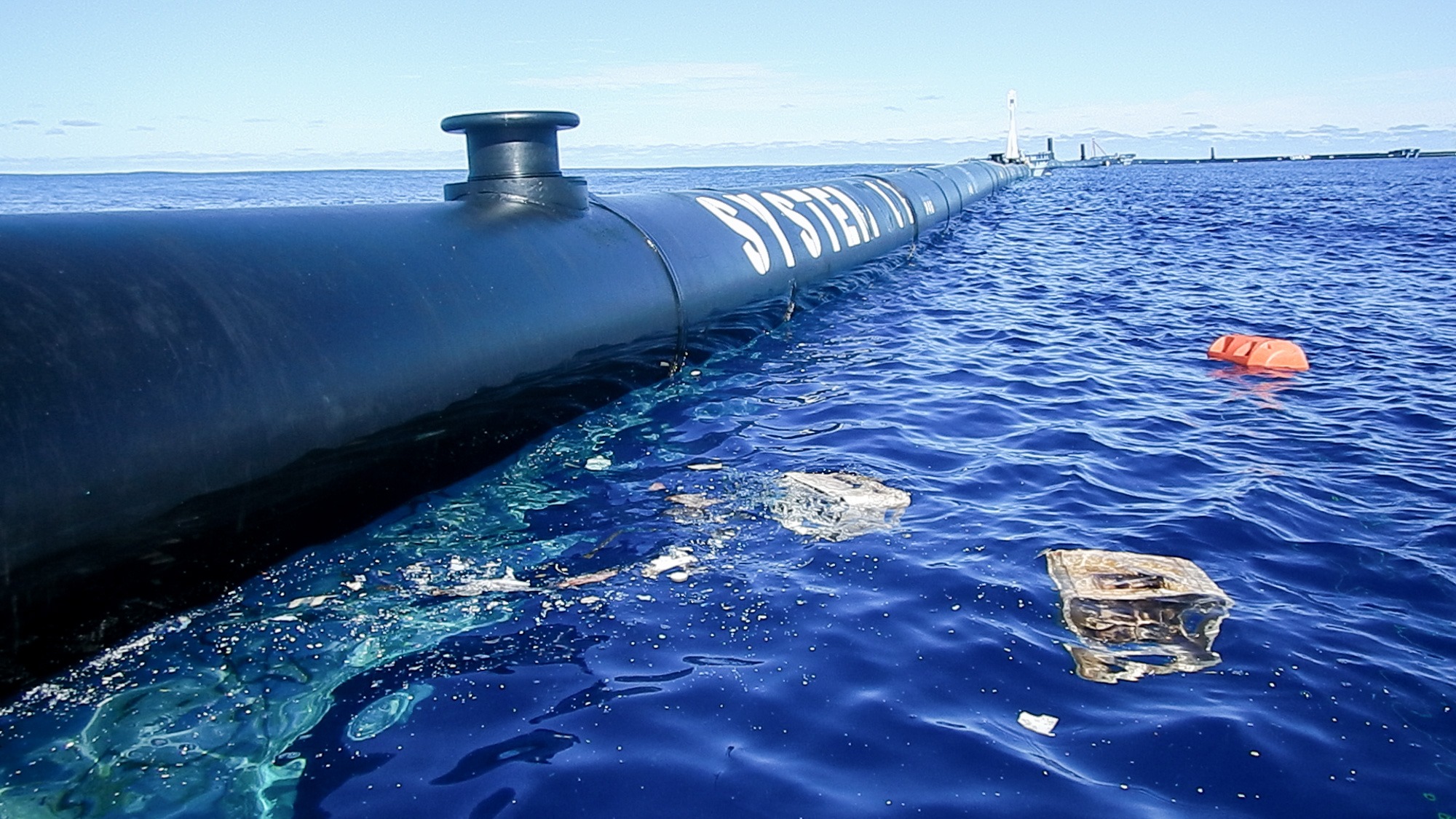 New study reports surface waters of the Great Pacific Garbage Patch contain 180 times more plastic than marine life by weight, according to an international team of scientists from The Ocean Cleanup and six universities from five countries.

Plastics floating in the oceanic accumulation zones, or ‘garbage patches’, carry chemical pollutants whose levels are high enough to pose a health risk to organisms that ingest them. These findings underline that the current accumulation of plastic are already having multiple health impacts to sea life.

Researchers at The Ocean Cleanup, published the first-ever estimate of plastic emissions from rivers into the world’s oceans. Writing in Nature Communications, they calculate that rivers annually transport between 1.15 and 2.41 million metric tons of plastic waste into our oceans. Two-thirds of this input comes from the 20 most polluting rivers, most of which are located on the Asian continent.

Subscribe to the Bite newsletter to stay updated on the latest news, including offers, info about future collections and events.